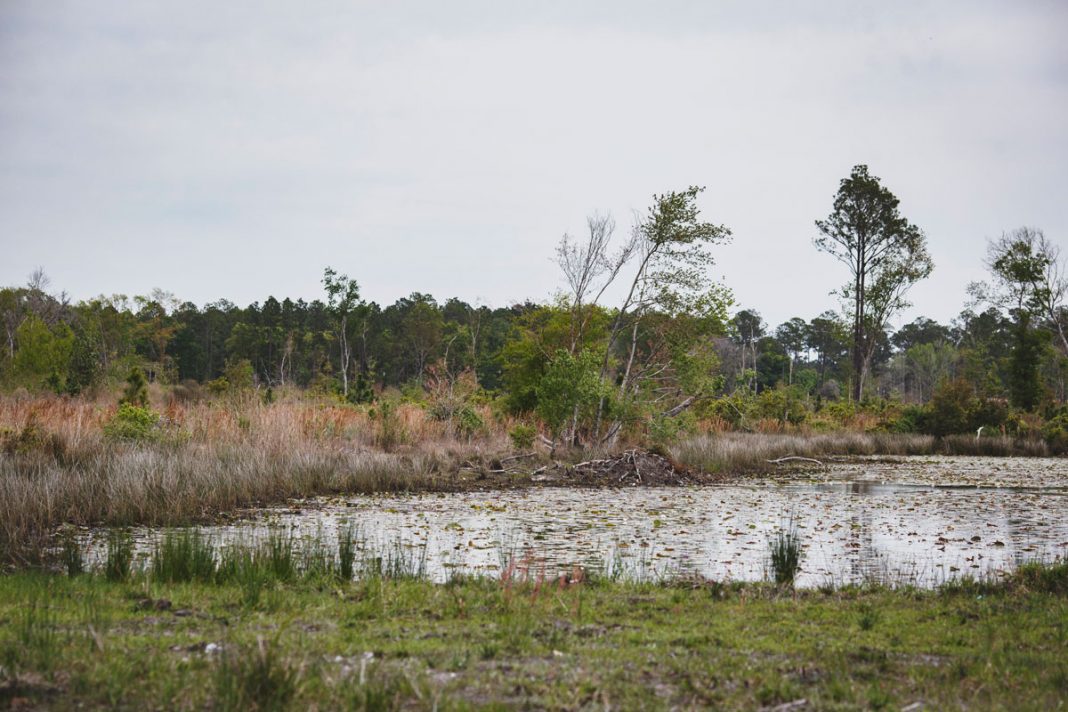 In Waycross, there’s a tale about a boy who got a surprise while playing outside one day. He was behind his home on Brunel Street. This was back in the middle of the 20th century in a working-class neighborhood on the southeast side of the railroad yard. He got ahold of some matches. The boy was near a canal. These manmade creeks run all over town and keep the boggy, low-lying land from flooding. The boy was curious, mischievous. He struck a match, lit a piece of newspaper, and tossed it into the water. But when the burning paper touched the surface, it didn’t go out. The water burst into flames.